I need Advent every year, because my heart is always longing. St. Augustine describes the heart as being constantly pushed and pulled, always in flux. Our love, according to Augustine, is our “gravitational force” or “our weight.” The problem is that our weight is always shifting and looking for a place to rest, often to lesser things. Rightly ordered, it is like a flame which pulls us to greater, higher, and better loves. Wrongly ordered, it is like a stone which pushes us down to lesser, inferior things.

What has often been passed over during the Advent season and Christmas story is the sense of longing. It often functions as the rest without the journey. We get excited by the word Advent, which means arrival and mostly because arrivals are fun! You see your spouse after a business trip? Yay! You see your parents for holidays? Hooray! (Most of the time). SANTA IS COMING!! 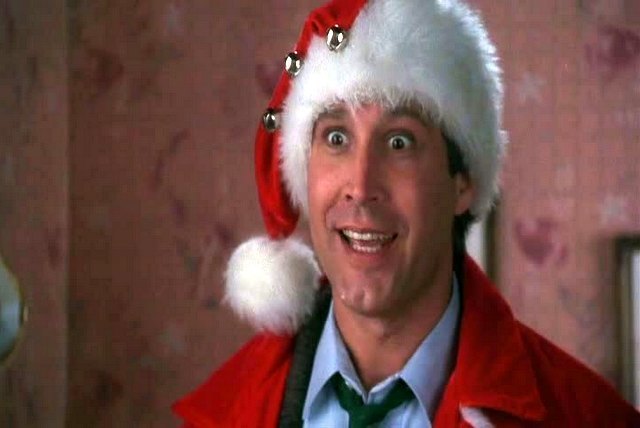 Between the last book of the Hebrew Scriptures and the birth of Christ, four hundred years passed with seeming silence from God. Generation after generation, each new birth signaled hope of the Messiah. Hopeful saviors like Moses who would lead the people out of slavery, David who would establish the Kingdom and drive out enemies, or any of the many prophets who would speak truly the things of God came and went. And generation after generation, continued silence, continued waiting. There was reason to give up hope, to despair, to stop waiting, to eat, drink, and be merry for even the hopeful Messiahs had died.

In this season, my heart longs and waits. It is expectant for something. Despite the exciting news that we’ve made Christmas great again (Yep, it’s a real thing. Thanks, Mr. President), America appears to be anything but great. Whether it be the constant news of terrorist attacks, the mass shootings at concerts, to churches, the moral failings of cultural leaders, or the emergence of white supremacists as a viable way of life, our situation seems bleak. Scrolling through Twitter or Facebook, nearly every other status is filled with rage as everyone is trying to find the worst in the other. Understanding and empathy go by the wayside; right is might and cries of “How long, O Lord?” seem to bellow more often than not.

And that’s only considering what we can quickly see and hear. There’s also the inner turmoil in my own relationships and heart. Feelings that I should be further along in my fight against sin, that I should have a greater desire for intimacy with God, that my marriage should be stronger by now; or that I should be a more engaged, attentive father. “God, are you out there? This doesn’t seem to be working!” My heart longs for something different, something else, something more…

And just when it seems to be darkest, light seeps through the cracks. Advent is a reminder that God has not forgotten–that he is faithful to his promises, that we’re not left to our own devices, that he hears and knows.

And the Word became flesh and dwelt among us, and we have seen his glory, glory as of the only Son from the Father, full of grace and truth. (John bore witness about him, and cried out, “This was he of whom I said, ‘He who comes after me ranks before me, because he was before me.’”) For from his fullness we have all received, grace upon grace. For the law was given through Moses; grace and truth came through Jesus Christ.

A wise man once said, “When you love, you give.” In Christ, we see God’s mission of love and sacrifice and welcome. Christ shows up on the scene and calls a raggedy bunch of uneducated men and draws near to sinners. Christ, being God, could have shown up and condemned; we have, after all, failed at meeting the commands of God. But he doesn’t chastise humanity whom he created; rather, in the midst of despair and hopelessness, God shows up and “moves into the neighborhood” as Eugene Peterson’s Message is so often quoted. He is present with us and receives us. This Christ, who was receiving honor and glory and praise day and night in the heavenly places, did not count equality with God something to be grasped, but made himself nothing in the form of a servant (Philippians 2:6-8). He left his rightful place in the heavenlies to wash filthy feet and die on a bloody cross.

The beauty of Advent is not in the waiting or giving great gifts or even in baby Jesus: It is receiving the grace of God. When the Word becomes flesh, we see and we receive. This is the simple message of the gospel: See and receive! The world’s problems don’t disappear. My fight for sanctification does not end. My marriage problems may persist. But we have seen his glory, full of grace and truth. From this fullness made evident in Jesus Christ, we receive grace upon grace; his essential nature (grace) overflows to us like a cup at capacity. The light does not merely seep in; it bursts onto the scene and overcomes my nagging sense of guilt and shame.

Like a wave, grace overwhelms my soul and does not permit me to take a breath. My performance will not attain a special status, my internal struggles will pester me for the rest of my life, my parenting will always fall short of perfect, but grace has come down and dwells among us. I see and I receive. I do not give or perform or obey or do. The sum of the Christian life is seeing Christ and receiving grace. Wave after wave of grace overflowing with grace overflowing with more grace. Advent is a gospel reminder that I live and move and have my being by the grace of Christ.

And so while we wait, we see and receive more and more. There is another day to which we long and for which we hope. There will be a day where struggle will end, tears will cease, marriages will heal, the broken will be bound, and the downcast will be lifted. It is for this day we continue to wait and pray and long. But along the way, we see his glory full of grace and truth, and we receive grace upon grace.

I believe that I shall look upon the goodness of the LORD in the land of the living! Wait for the LORD; be strong, and let your heart take courage; wait for the LORD!